As proud citizens of Key West, we are always glad to help bewildered-looking tourists with directions or to answer their more than familiar and often entertaining questions. Besides are all time favorites— “Is there water on the other side of the island?” and “Do you have a sunset every night?”—we are amazed by how many people ask us, “What’s up with the chickens?” 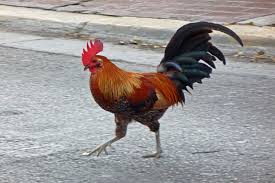 What’s the joke about the chicken crossing the road?

Often called Key West “Gypsy” chickens or Key West “Free-Range” chickens, the number of chickens on the island took a big leap in the 1860’s when waves of Cubans followed the cigar industry to Key West. Cockfighting was an extremely popular sport in Cuba and the immigrants brought their chickens with them. When cockfighting was finally outlawed in 1970, the chickens were emancipated, protected by law, and free to roam the island. 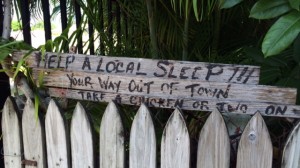 One of our favorite signs. 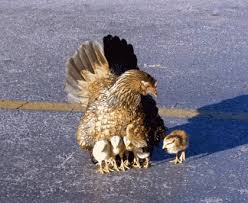 We have a love/hate relationship with the chickens. The roosters’ gorgeous plumage often warrants our highest compliments and we have marveled at the tenacity of many a hen when her chicks are being asked to lunch by a hungry hawk. Choice words have flown when a daydreaming rooster has suddenly stepped into the path of our bikes or after moving in next door, an early riser has awakened us before sunrise. Good or bad, Key West’s “Gypsy” chickens have attained celebrity status and are as woven into the colorful fabric of the island as Ernest Hemingway, Tennessee Williams, and Jimmy Buffett. 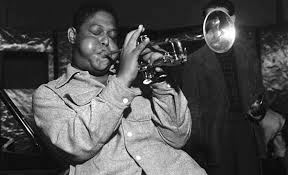 Without a doubt, the musician that is most often associated with Key West is the legendary Jimmy Buffett. Long before Parrotheads around the world were singing and dancing to Margaritaville, the world of jazz crowned Key West native Theodore “Fats” Navarro as one its greats.

Navarro was born in Key West in 1923 to Cuban-Black-Chinese parentage. While growing up on Thomas Street in Bahama Village, his mother, Miriam Williams, worked as a cook in the home of Earnest and Pauline Hemingway. Although Navarro began playing piano at age 6, he did not become serious about music until taking up the trumpet at 13. After graduating from Douglas High School and ready to see the world, he joined a dance band and headed for the Midwest.

As a trumpet player, Navarro was a pioneer of the bebop style of jazz improvisation in the 1940’s—playing with Charlie Parker, Benny Goodman, and Lionel Hampton. He is ranked with Dizzy Gillespie and Miles Davis as one of the most gifted and original stylists in the development of jazz. Theodore “Fats” Navarro died New York City, at the young age of 26, in 1950. Six days before his passing, he gave his final performance with Charlie Parker at the landmark jazz club Birdland.

The Windsor Village Compound—tucked away behind a tropically landscaped gate on Windsor Lane—is one of Key West’s best kept secrets. Brick pathways wind through stunning gardens to eleven individually owned cottages nestled around a large and tranquil pool. Built in the 1950’s, it is one of the oldest compounds on the island. Peaceful living abounds in this community established for those 55 years of age and older. Just two-and-a-half blocks from the heart of Duval Street, the conveniently located Windsor Village sits high and dry near the top of the highest point in Key West, Solares Hill. 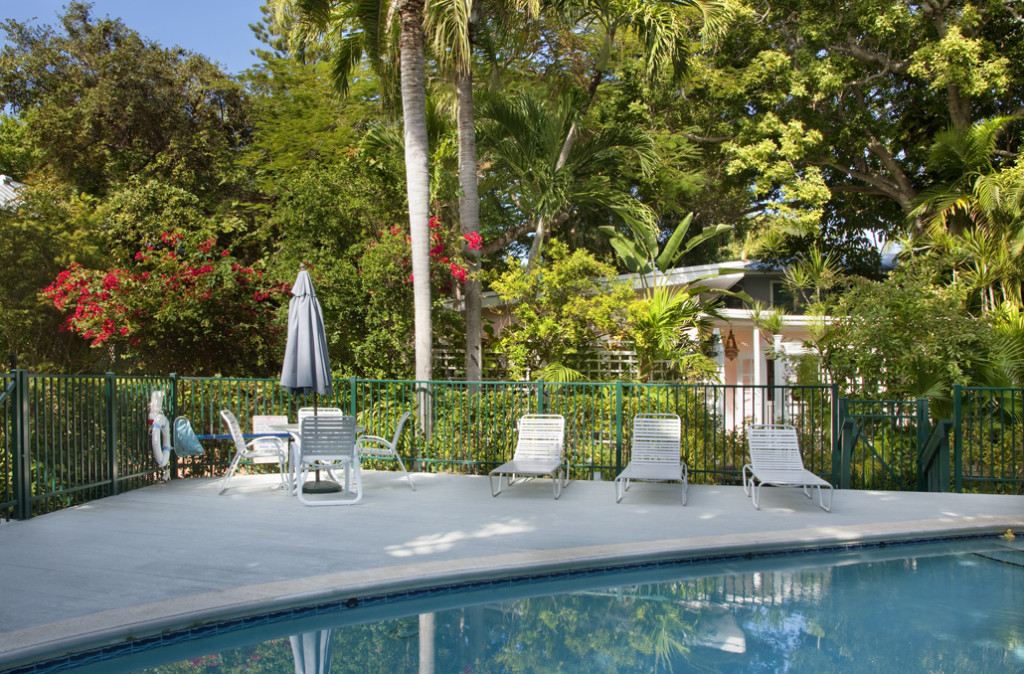 The lushly landscaped grounds and community pool are beautiful. 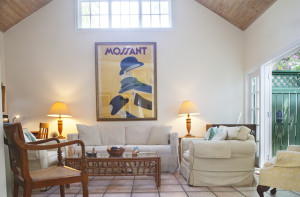 We love the vaulted wood ceiling and accent window.

Ideal for a couple or single person looking for a charming Key West pied-à-terre, 721-F Windsor Lane is a move-in-ready island cottage. Beautifully designed, the home utilizes its 591 square feet to maximum effect. A welcoming front porch invites you to while away the hours with a good book. Leading directly to the kitchen, the bright entry hall separates the living room from the bedroom. The living room features accent windows, a vaulted wood ceiling, and French doors leading to a private garden. Opening to an outdoor dining space, the sparking new kitchen showcases custom cabinets and stainless steel appliances. The light-filled bedroom features a high ceiling, French doors, and a newly renovated en suite bath. With the added bonuses of an outdoor shower, laundry, and storage loft, the small-scale cottage undoubtedly lives large. We adore this hidden Key West treasure! 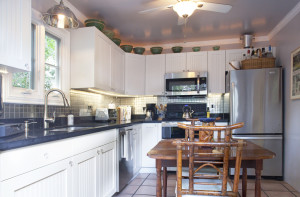 The custom kitchen is gorgeous.

Windsor Village became commonly known as the Windsor Village Writer’s Compound when acclaimed writers, John Hersey, John Ciardi, Richard Wilbur, and Ralph Ellison purchased winter homes there in 1976. John Hersey was a celebrated writer and journalist, winning the Pulitzer Prize for his 1944 novel, A Bell for Adono. John Ciradi was a poet, translator and etymologist. Ciradi worked in television and radio with his show Accents on CBS and is reporting on NPR’s Morning Edition. Richard Wilbur is a poet and literary translator. The second U.S. Poet Laureate, Wilbur won the Pulitzer Prize for poetry twice, the National Book Award, and received the National Medal of Arts from President Clinton. Ralph Ellison was a novelist, literary critic, scholar, and writer. Ellison is best known for his novel, Invisible Man, for which he won the National Book Award in 1953.